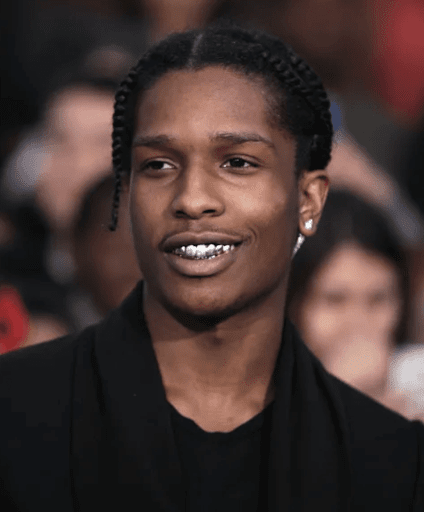 The world is screaming “Free Flacko” as A$AP Rocky sits in a Swedish detention cell, awaiting a potential prosecution for aggravated assault. If you haven’t already heard, here’s what happened:

Two men, or “clout chasers” as most of Rocky’s fans would call them, are seen provoking the rapper and his body guard on video footage. Rocky can be heard assuring the harassers, “We don’t want to fight you, we don’t want to go to jail”. Fast forward to the end of the video and Rocky is seen throwing one of the harassers across the pavement. Fast forward to now, and he is still being detained in solitary confinement.

The hip hop community is overflowing with support for Rocky. Rappers like Diddy, Tyler The Creator, Meek Mill, and of course, all of A$AP Mob, are posting all over social media to show their support for their fellow rapper, and their sudden disinterest in ever stepping foot in Sweden again. Rocky has proven to not only cause a major social media tornado, but a boycott against an entire country. If that isn’t true fandom, I don’t know what is.

Part of the reason fans are so outraged is the fact that Rocky isn’t receiving nearly as much legal protection or sympathy he would be receiving in the states, for obvious reasons. Since the altercation occurred in Sweden, Rocky and his fans have no choice but to deal with the fact that the situation is being handled under Swedish law. It is worth mentioning, however, that Sweden’s method of dealing with Rocky was in violation of the Vienna Convention on Consular Relations, a treaty that has been signed by Sweden. A$AP should have had the right to see a consulate immediately, yet he didn’t. Eventually the consulate did arrive, yet the rapper was still denied access to a consultation with him. When they did finally receive permission to consult, they were only able to do so in the presence of Swedish officials. Considering we live in the United States where every citizen has a constitutional right to private council, Pretty Flacko’s fans probably think he’s being treated like Sweden’s most wanted. Especially after claims were made that he’s been residing in an “inhuman disease-ridden facility”. That claim was very quickly disputed by the Swedish prison as they said their facility is newly renovated, in fact.

As fans across the country are aching for their beloved king of modern rap to be released, the video footage of the incident is swarming the internet. There’s no doubt that A$AP and his body guard made an initially polite attempt to get rid of the two unidentified men who chose to provoke them for just about no reason. It’s also clear, however, despite the persistence of their harassers, A$AP and company had plenty of opportunity to walk the other way. In a case where he didn’t have the home field advantage, and he had far more to lose than a couple of men on the sidewalk, should he have engaged with these guys at all? Not to mention that both Rocky and his side-kick appear much bigger and stronger than the men who were so desperately trying to get a rise out of them. A rise is exactly what they got, along with their faces standing next to THE A$AP Rocky plastered all over the world-wide-web. So, if they were just “clout chasers” all along, why did Flacko give them any satisfaction? The rapper and his entourage should have immediately looked the other way when these strange men began to bother them. Instead, they stopped to chat a while, and even better, pulled out their iPhones to document some proof. What they didn’t realize is that the 10 second portion of the video that shows Rocky, quite literally, body slamming the victim onto the pavement, is what would hold up in the eyes of Swedish officials – not the other several minutes of the video that don’t include an WWE style knock out.

As for the future of Rocky, he is being detained indefinitely with the chance of getting charged for assault. Whether he will or not is not quite predictable yet, but we can at least predict that no other rappers will find themselves in the same position. After the violations made by the Swedish prison, and after seeing claims about the unforgivable living conditions of Rocky’s cell, the hip hop community is choosing to show their loyalty by deeming Sweden as off-limits. Based on the absolute outrage across social media, it seems as though many Rocky fans will not be reuniting with their Swedish relatives any time soon either.