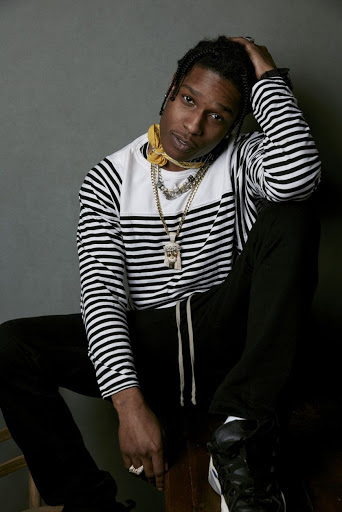 Leave it to the Americans to rustle some feathers overseas, then spark a viral controversy over it. Donald Trump keeps finding himself involved in foreign affairs, but not for the presidential reasons you may be thinking of. The real reason being a couple of US citizens, some being celebrities, thinking they can get away with breaking the rules in various foreign countries. You would think celebrities like A$AP Rocky or LiAngelo Ball, two men who have had some issues with the law overseas, would assume that legal consequences are handled differently in other countries. Seems like a logical conclusion, right? Well, it appears as though logic tends to escape the minds of people when they leave the US and touch down in another continent.

Let’s discuss the most recent case of a sudden absence of logic and reasoning: A$AP Rocky in Sweden. President Donald Trump has just gotten involved in the situation, offering to vouch for the rapper to justify his freedom. He said in a tweet that he had “a very good call” with the Prime Minister of Sweden where he “offered to personally vouch” for the bail of A$AP Rocky. Back to the point of laws being different in other countries – Sweden has confirmed that bail is not an option in their criminal justice system. Trump remains adamant about intervening to try to free the rapper who has been in custody for weeks now over a street fight. In recent developments, the two “victims” who are seen provoking Rocky in video footage have gotten their charges dropped. Looks like Trump’s intervention is not holding up in Swedish court, and neither are the millions of fans pleading for his freedom. He still remains in custody indefinitely. This is not the only time President Trump has had to get involved in legal matters regarding US citizens in foreign countries. Rocky is just one more to add the list.

Just a couple years ago, Trump contacted Chinese officials about LiAngelo Ball. Ball, a rising basketball star (who would be playing on the UCLA team if it hadn’t been for his little mishap), was detained in China for shoplifting at a Louis Vuitton store. In an interview with Ball and his father, LaVar, he stated, “We left thinking we would just get away… you know how kids think,” concluding his explanation of the incident by admitting, “that was stupid.” Well, duh. In this case, no one even had to tell this kid “I told you so”. He admits in the interview that he realized the stupidity of his actions as soon as he got back to his hotel. Sure enough, Chinese police were waiting for him at the door the next morning. Luckily for Ball, the President’s intervention was actually a saving grace this time. Chinese authorities dropped the charges after their conversation with Trump. Later, in a very Trump-esque fashion, he caused a twitter storm after LaVar Ball didn’t quite express the gratitude he felt was warranted. He called him an “ungrateful fool” in a tweet, suggesting that he should’ve left his basketball player son in Chinese prison if he wasn’t going to say, “thank you”.

It’s become somewhat of a common trend seeing celebrities, and even ordinary US citizens, causing an issue in a foreign country that requires presidential intervention. Take the case of UVA student Otto Warmbier in North Korea, for example. After stealing a propaganda poster, he was swallowed into the pit of North Korean dictatorship and legal aftermath. By the time he returned to the states after being rescued by a team of American officials directed by President Trump, he had experienced irreversible physical and psychological damage. Was it worth it for a poster?

It’s time to stop wasting the American government’s time and resources on immature and reckless behavior. The internet is currently swarming with hashtags like #FreeFlacko, referring to A$AP Rocky’s popular nickname. Is the whole world having a sudden lapse in judgement now too? Celebrities like Rocky and Ball need to remember that their actions carry far different, and possibly, far more severe consequences in foreign countries. Did they really expect to get nothing back a slap on the wrist from Swedish or Chinese authorities who, frankly, don’t care about their American fame? Let’s start encouraging our own citizens, especially those of fame who represent the entire culture and identity of our country, to behave when they step foot on foreign land. Rather than demanding the President to allot his full time, energy, and power into these careless mistakes, we should be reminding all of our beloved rappers and basketball players that he’s too busy running our country.