From Rolex’s to Handcuffs: The Dark Secrets of the Elites are Unraveling. 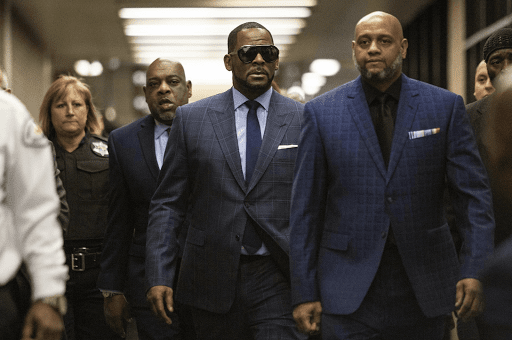 Hollywood isn’t as shiny and glamorous as it looks – neither is politics. Luckily for Hollywood celebrities, they at least have the mask of their lovable television personalities to distract from the wildly scandalous behavior they exhibit off the screen. Sadly, for the politicians, many people are already not on their side. The world already knows that the political realm is overwhelmingly superfluous with unraveling secrets and strategic deceit. In both cases of Hollywood and politics, however, fans are bound to see the icons they find so beloved crumble away as their secrets get revealed one by one.

This sudden discovery of the dirty underbelly of elite men is becoming more frequent and more horrifying. It’s barely even “news” these days when another powerful, rich and famous man catches a sexual misconduct allegation. It only becomes news when this allegation turns into an actual federal prosecution after a discovery of hard, cold proof. Sounds like a familiar tale, doesn’t it? This regular cycle goes a little something like this: allegation, prosecution, and in many cases, getting conveniently bought out or covered up. Here lies the single loop-hole in the American justice system – being rich and famous.

In recent news, Kevin Spacey’s abundant batch of sexual assault allegations dating all the way back to the 80’s has had a new development. Spacey was accused of groping at 18-year-old man at a resort island bar in 2016. During his court date just a few days ago, these charges were dropped due to the victim’s refusal to testify regarding text messages on his cell phone that would apparently support Spacey’s innocence. After hearing this, I would have had some hope for Spacey if it weren’t for his incredible profusion of sexual assault charges in 2017 especially, as well as throughout his entire acting career. He’s not the only one who we have yet to see face any legitimate consequences for their crude actions. He is just the tip of the iceberg when it comes to rich men leveraging their fame and assets to take advantage of the judicial system.

Jeffrey Epstein is a marvelous case of the abuse of money when it comes to maneuvering around the law. Epstein was arrested on charges of child-sex trafficking. Starting in the 90’s, he lured underaged girls, as young as 14, into elitist private island parties. He then cornered them into sex. After this undoubtedly heinous crime, his lawyers posed a whopping $77 million-dollar bail package to the judge including his private jet and multi-million-dollar mega-mansion. The fact that Epstein has that much extra cash in his wallet is shocking in it of itself. The fact that him and his team of lawyers had the audacity and lack of respect to flaunt this ostentatious abuse of power in the faces of his victims is even more shocking.

Epstein isn’t the only man of fame and riches who has been sexually abusing women for decades. R Kelly has found himself back into trouble for very similar charges. Big Shocker. He’s facing several serious federal prosecutions for the sexual exploitation of young women and child pornography dating back to 2008. He’s been labeled as an “extreme danger” to the community by prosecutors, especially now that a victim who originally refused to testify has decided to cooperate with investors, providing the court with an astounding amount of evidence. Here is yet another case of one of society’s loved celebrities turned into a dangerous threat. Young women have been singing along to R Kelly’s hit “ignition” for as long as I can remember. Now they’re reading about his court trials, desperately waiting for some justice to be served.

It’s a shame that the media has become swarmed with cases that are excruciatingly similar to those of Spacey, Epstein, and R Kelly. Rich and powerful male celebrities haven proven countless of times that it can be a regular expectation to see them commit unforgivable crimes. There has been an immense desensitization to sexual violence and misconduct allegations in our society due to the frequency of their occurrence. It’s a devastating realization, but it’s a realization that must be made. We must consider the long-lasting effects of the normalization of sexual assault crimes, and the failure to appropriately and fairly prosecute them. Do we really want to turn into a society that takes sexual assault lightly? If we do not acknowledge the severity of these crimes and deal with them accordingly, we will spiral into a pattern of continuous corruption of the law, and a complete absence of standards held for men of fame and power. Doesn’t sound like a very appealing society to live in to me.