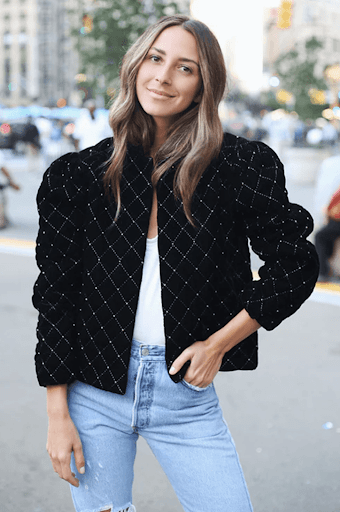 These days, it’s Instagram’s world and we’re all just living in it. Ordinary people all over the globe are desperately putting themselves in the shoes of influencers, living vicariously through pictures on the internet of Kim Kardashian in Costa Rica. With the amount of scrolling the average teenage girl does every day, I won’t be surprised if the next generation adapts extendable thumbs. Perhaps it’s their riches we’re in awe of, or their fame, or their effortlessly candid Instagram posts. What it most likely is, though, is their image of perfection.

The discussion of unhealthy body standards being encouraged in the media has always been a heated one. It’s an even hotter topic now that we are very comfortably settled into the age of influencer marketing. People are flaunting their lifestyle to an audience who eagerly absorbs it. That audience, in a very hypocritical fashion if you ask me, has suddenly decided that they feel victimized and offended by this unattainable lifestyle.

Let’s take one of the most recent influencer scandals: Arielle Charnas. Charnas recently posted a post-pregnancy bikini photo with the caption, “Proud of my body after two kids”. Seems harmless, right? Well, in the eyes of just about half of her 1.2 million followers, this post perpetuates a trend of unhealthy body standards and patriarchy that riddles our society. It seems like Charnas’s fans are taking her mom-bod bounce back personally. In other words, they’re burning her post to the ground via hate comments. Mamma Mia star Amanda Seyfried got involved by blasting Charnas on social media about setting unrealistic expectations for mothers after pregnancy. She came at Charnas saying, “Take a second to decide if what you’re throwing out there is worth it – in the big picture”. This “big picture” being the notion that women are expected to fit into a size zero after having a baby or two. Here lies a classic tale of Instagram shade, from one thin and glamorous woman to another.

What Charnas’s haters are failing to realize is that they were once aweing and drooling over her perfectly staged Instagram posts, and by “once” I mean a couple days ago. Now that she has expressed any sort of regular human expression – being proud of the body she worked for – her army of followers is suddenly turning on her. It’s surprising that her fans are so deeply insulted by an image of her in a bikini – an image they follow hundreds of other influencers to see every day. Apparently social media isn’t just resulting in a society full of iPhone addicts, but a society full of hypocrites. I’m convinced that at this point, people are getting bored of staring at symmetrical faces and perfectly blown out hair all day. What do people do on the internet when they get bored? They start a rise.

To attack an influencer for proudly posting a photo of herself is in the least words, dramatic. Not to mention indecent, unfair, and self-righteous, but mostly just dramatic. So dramatic, in fact, that uninvolved celebrities feel the need to engage in this middle-school-esque gossip war. It’s hard to comprehend how people can attack the character of influencers they call themselves fans and supporters of. If their posts encourage offensive and unreachable standards, isn’t the very act of following them just as much of a contribution? These haters should be turning on themselves for actively supporting the glorification of an unachievable lifestyle just as much as the influencers themselves. An Instagram mogul is nothing without their tens of thousands of followers, so why add yourself to that list if you plan on advocating against the very nature of influencer marketing?

What the social media world must realize is that we as an audience drive the motivation for influencer marketing. Projecting one’s own insecurities and self-deprecations through hate comments is a pathetic excuse of social advocacy that will never bring any actual change upon our society. It seems like people have forgotten how easy it is to click the “unfollow” button, or they just can’t get enough of the tension and adrenaline coursing through the comments section. Leave Charnas’s post alone, and leave the other 25 bikini posts you saw on your feed today alone too. As influencer marketing is in the midst of its peak, it’s the user’s decision to get on the bandwagon or scroll away. As for participating in the frenzy by adding your negative two cents in, leave that to the high school cafeteria. For the nature of the media to ever realize a lasting change, influencer shamers should divert their energy towards a form of advocacy more productive than shady comments on Instagram. If you can’t take the heat, just close the app.